PS Kenya, in partnership with AMREF Health Africa, are some of the recipients of Global Fund’s new funding model for TB HIV/AIDS and Malaria (GFTAM). Global Fund’s goal is to assist its implementing partners to refocus their efforts and escalate any adaptive measures that would ensure that programs on track to meet their goals in the fight against HIV, TB and Malaria.
During PS Kenya’sonsite data verification visit on 2nd July 2021 together with Amref staff in Aedomoru Village, Aedomoru Community unit in Teso North sub county in a bid to reach the Community Health Volunteers (CHVs) for monthly data review.

On arrival we meet Fredrick Omusugu a CHV performing Malaria Rapid Diagnostic Test (mRDT) to a patient, Salome Amase.
Salome Amase is a class eight pupil in Aedomuru primary school. According to the grandmother, Salomehe had headaches, rashes and developed a fever the previous day. On her way home for lunch, she was over fatigued and had to sleep on the roadside. She was picked up by teacher Pamela Okapesi, an ECD teacher who was heading home after the tuition period for ECDs.

“She was complaining of headache and her body was weak” explains Pamela in an interview with Frankline Okome the Ps Kenya Project Officer Malaria global fund Busia.
Pamela explains that she was planning to call a” bodaboda” (motorcycle) to help carry the girl to Aboloi Health Centre located on the other side of the hilly and rocky area about 20 kilometres away from Aedomoru, when a passer-by informed her that there were some doctors at the nearest health centre holding a meeting.
When they arrived at Aedomuru shopping centre, they found the CHVs who had assembled for the meeting with their CHEW on data review.
Fredrick Omusugu the CHV of Aedomoru CU, Obiong’Oburi village on recognising the girl from a household in his village called the grandmother as he continued to assess the patient. He discovered her temperature was high at 37.6 °C and eventually performed the mRDT. Salome whose Malaria Rapid Diagnostic Test (MRDT) turned positive was eventually given the Artemether Lumefantrine (AL) 20/120 tabs 24s with four tabs administered under Direct Observed Therapy and paracetamol. She was allowed to sleep a little to wait for the grandmother Faith Atyang who arrived minutes later and purchased a soda to strengthen the girl. Salome after an hour’s rest confirmed she was relieved of the headache and was allowed to leave with the grandmother and adviced to continue taking the ALs as prescribed by the CHV.
Fredrick who was trained on Malaria case management in 2012, and has since then through the support of different implementing partners been managing Malaria cases in the community.
He explained, “It all started through identification of suspected cases in the community and doing the referrals, after which the government has now allowed us to test and treat.”
Through this support Fredrick explains how the households look for him whenever they have symptoms of Malaria as he has educated them during the Malaria barazas and dialogue days. Due to distance from the villages to Aboloi Dispensary or Kocholia Health Centre he says that he has been managing a lot of cases from the village as evident from their CU June report, in which out of 253 suspected cases, none was referred and 206 positive cases were treated with ALs (DHIS 2)

“I now feel confident to correctly test and treat Malaria in the community. With the provision of thermometers, I check for the temperature and assess the fever level. On performance of mRDT I administer ALs to positive cases and counsel them on drug adherence. I also follow up after 2 days to check on my patients. Other patients report themselves whether they are being treated or not after which I advise for referral to Aboloi dispensary.” Concludes the CHV.
In a separate interview, the Community Health Assistant (CHA) Mr Solomon Sawe reports and comments on the good work the CHVs are doing as far as Malaria is concerned. He however points out that there is need for provision of weighing scales to the CHVs for proper drug prescription together with other challenges affecting the operation of the CHVs in the community. 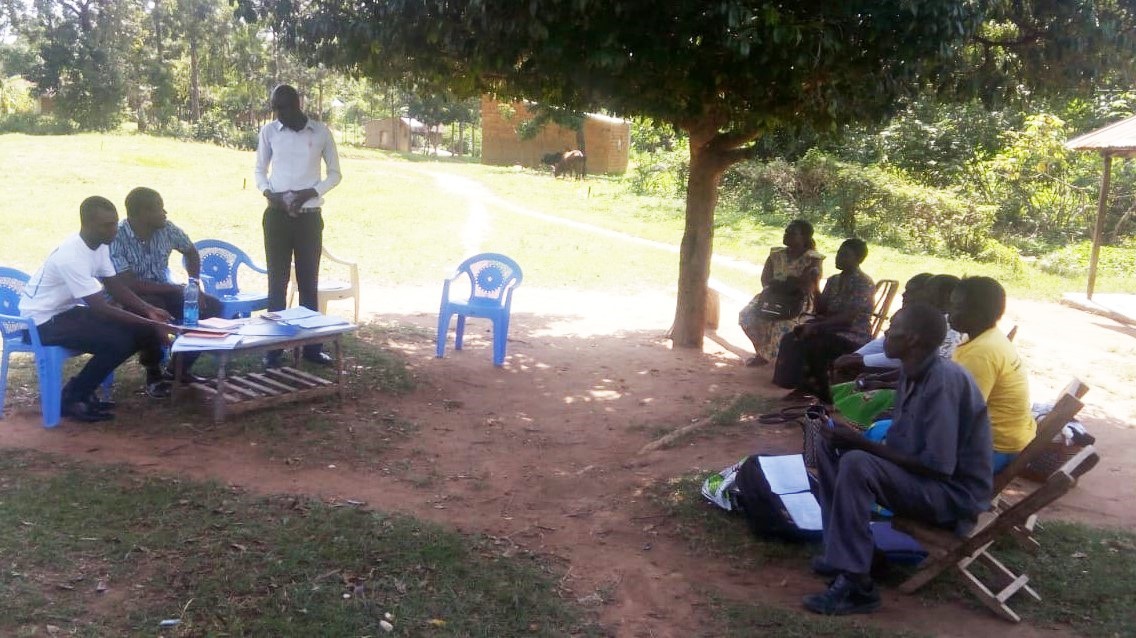