A quick stroll past any gathering of men or women in the country now will have you thinking that everyone has turned into a mathematician. This comes after the launch of the Kenya Demographic Health Survey 2022 at KICC on January 17th, 2023, by the Kenya National Bureau of Statistics (KNBS). The survey was carried out on a sample size of 42,300 households from all parts of the country and intends on providing insights into demographic and health indicators that would facilitate program planning at both the county and national level.

The survey covers a wide array of topics, from the country’s contraception prevalence rate to teenage pregnancy, Sexual and Gender-Based Violence (SGBV), and even the transmission rate of HIV and other Sexually Transmitted Diseases (STDs). While most of the country is fixated on the figures 7.4 and 2.3, which were announced to be the average number of sexual partners for Kenyan men and women, respectively, we must not let this distract us from the rest of the statistics. 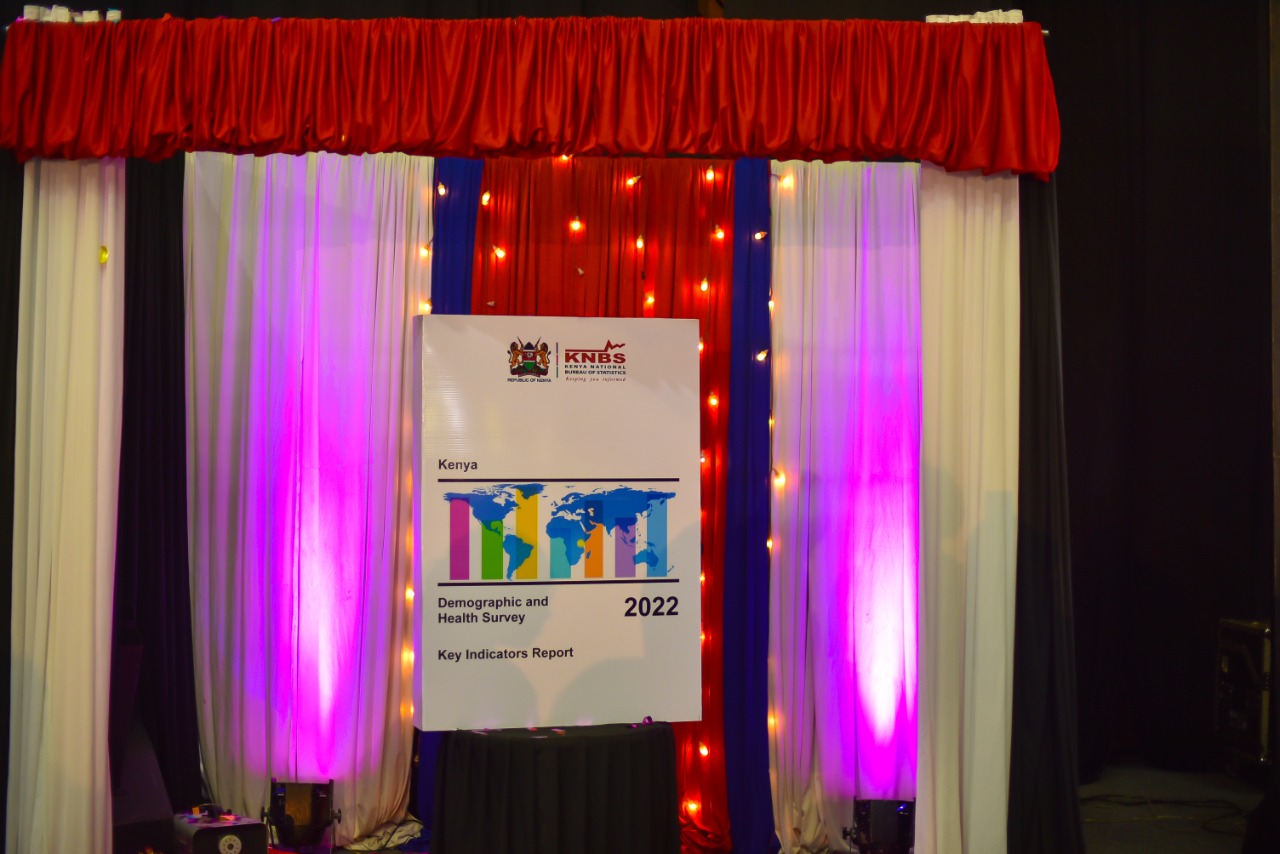 PS Kenya’s Binti Shupavu project targets counties that have low Adolescent and Sexual Reproductive Health (ASRH) indicators and is being implemented in three out of the nine counties listed above. That is: Kilifi, Kajiado, Narok, Homabay, and Migori. It has identified girls aged 15-24 as a priority target audience in dire need of specifically tailored interventions. The project aims to provide the girls with a safe space where they can connect with their peers, learn about contraception, and own their stories of impact, all while gaining skills that would earn them an income in life.

Another interesting fact pointed out by the KDHS report is that the Female Genital Mutilation (FGM) prevalence rate in the country stands at 15% as of 2022, as compared to 27% in 2008. While this is good news, it goes against the promise made by the former government to completely eradicate the practice by the year 2022. The survey also goes further to point out that the prevalence of the practice increases with age, with 9% of women aged 15-19 having been circumcised as compared to 23% of women aged 45-49. Bungoma County recorded the highest number of cases of women who have experienced physical violence with 62%, followed by Muranga at 53.7% and Homabay at 53.5%. When it comes to sexual violence, Bungoma takes the lead again with 30%, followed by Muranga at 24% and Homabay at 23%. On the other side of the coin, 27% of men are reported to have experienced physical violence since the age of 15.

PS Kenya’s Accelerate project, funded by Danida, has three main goals, one of which is to work towards zero gender-based violence and harmful practices in the country. The project focuses on 13 underserved and hard to reach counties such as: West Pokot, Elgeyo Marakwet, Homabay, Kajiado, Kwale, Nairobi, Samburu, Garissa, Mandera, Marsabit, Baringo, Kilifi, and Narok. One of its key strategies is to directly address socio-cultural beliefs and attitudes that stand in the way of women’s and girls’ rights through campaigns such as “Ahadi Yangu.” The Ahadi Yangu campaign aims to promote gender equality and the prevention of GBV by shaping the attitudes of men and boys who still conform to old patriarchal ways.

In what is considered a very worrying trend, the report pointed out that nearly half of the youth in the country do not know how to protect themselves from HIV/AIDS, a cohort that made up 52% of all the new HIV infection cases registered last year. Teenagers aged 15-17 recorded the least knowledge of prevention measures against HIV/AIDS. The Kenya National Bureau of Statistics (KNBS) states that only 73% of men and 85% of women have tested for HIV and received their results, making it easier for all the positive cases to be linked to treatment and the negative cases to HIV prevention services.

“Confirm Unajijua” is a social behavior change campaign currently being run by PS Kenya that encourages the general population to take up HIV self-testing as a means of keeping up with their status. The campaign also incorporates the use of a WhatsApp chatbot dubbed “ASKA” that provides different services, such as finding a pharmacy near you that sells the self-testing kits, as well as assessing your risk of contracting HIV/AIDS.

While the country still has a long way to go in tackling some of the issues pointed out in the KDHS report, our mission as an organization remains to improve the health of Kenyans and increase access to quality health solutions with the hope for a better outcome in the coming years.