Kenya has made significant strides in reducing new HIV infections. The recent efforts are geared towards identification of the positives and linking them to treatment immediately as well as ensuring those on treatment are achieving viral suppression in line with the UNAIDS call for 90 90 90. The goal of PS Kenya’s HIV Programme is to use evidence to develop interventions that contribute to the reduction of HIV incidence. For more than 20 years, PS Kenya has worked to prevent HIV infection and remains the leader in implementing innovative and evidence-based HIV prevention programs in Kenya.
PS Kenya has worked closely with the National AIDS and STI Control Program (NASCOP) and National AIDS Control Council (NACC) to support efforts in HIV prevention and treatment over the years. PS Kenya is also working with the private sector to increase affordable and sustainable quality HIV Care and Treatment (HCT) services in the private sector in Kenya as well as continue to promote healthy behavior through condom social marketing and SBCC on condom use, HIV testing and treatment as well as male circumcision.

Through the Social Marketing arm of our organization PS Kenya works closely with ministries of health and other partners to expand access by distributing HIV prevention products, like male condoms, in traditional (clinics, pharmacies) and non-traditional (bars, hotels, brothels) sales outlets. Products are offered at a variety of price points to reach individuals at all income levels – including free distribution for those unable to pay. 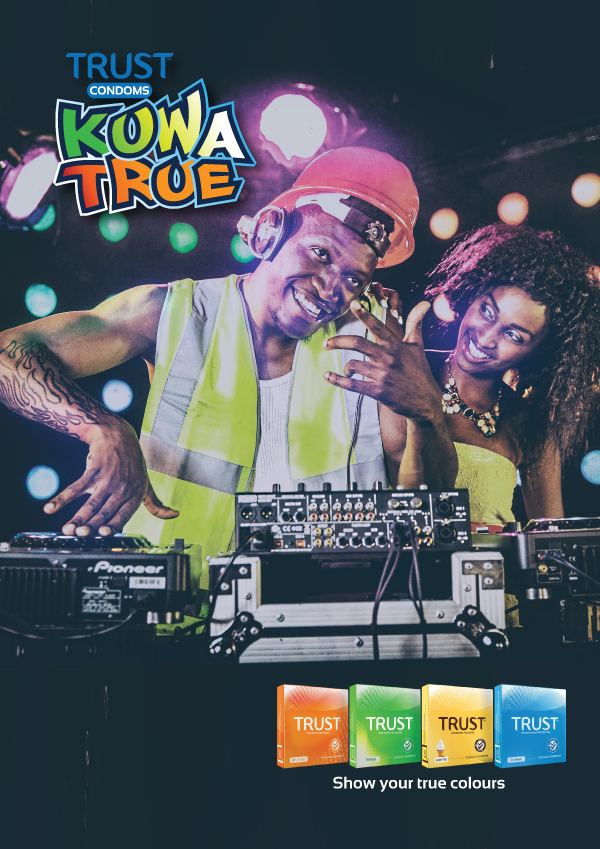 In 1993, PS Kenya launched Trust condoms, the first socially marketed condom in Kenya aimed at increasing availability and accessibility targeting high-risk and sexually active groups. Since 1993, PS Kenya’s condom social marketing program, have made available more than 500,000,000 condoms. We also help the government in distributing free condoms across the country. Trust condoms, the organizations flagship brand has evolved over the years and remains the market leader within the condom category of Kenya In 2014, PS Kenya launched a range of Trust Condom variants. They are Trust Classic, Trust Studded, Trust Ribbed and Trust Scented.

PS Kenya implements various social behavior change campaigns to reduce risky sexual practices among at risk and vulnerable populations. Evidence-based behavior change communication techniques promotes correct and consistent use of our products and to reduce high-risk behaviors. Campaigns are delivered through innovative and appropriate channels to reach those most at risk.

This campaign focused on increasing condom use amongst persons engaging in specific higher risk behaviors; for example, concurrent sexual partnerships are tackled through the – ‘Wacha Mpango wa Kando, Epuka Ukimwi ‘(Stop ‘spare wheels’ relations – Avoid HIV) and ‘Weka Condom Mpangoni’ (‘put a condom in that plan’)campaign.Condom negotiations among youth are targeted through the “Kuwa True” and previously “Nakufeel” campaigns. 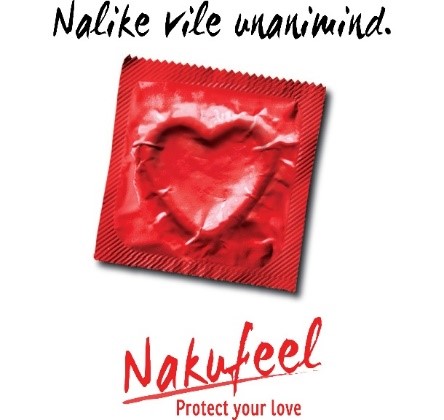 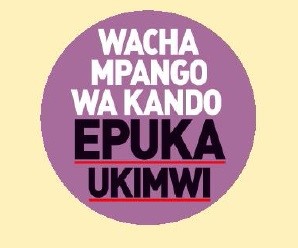 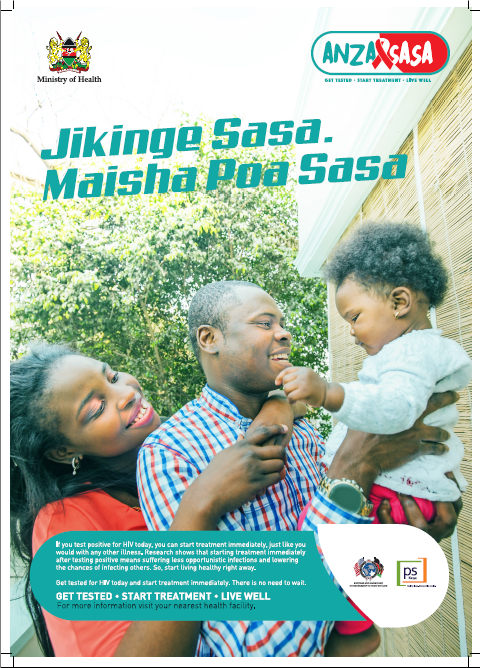 PS Kenya has also been supporting NASCOP with a campaign to create awareness of the Test and Treat campaign that seeks to create awareness of the need for one to get tested and if found positive, to start taking HIV treatment immediately to ensure reduced morbidity and reduced ability to transmit HIV to their partners. Those who are HIV positive and on treatment are also being educated on the need to adhere to their treatment to achieve viral suppression. The campaign dubbed Anza Sasa is being aired on various local vernacular radio stations. 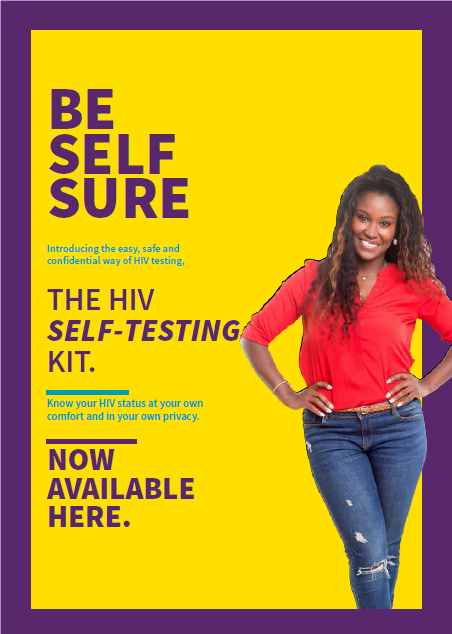 HIV Self-Testing has the potential to contribute to universal knowledge of HIV status. Its appeal lies in that it offers people who are currently not reached with existing HIV testing services have an opportunity to test themselves discreetly and conveniently. PS Kenya with funding from Children’s Investment Fund Foundation (CIFF) is rolling out HIV self-testing targeting populations that currently have high HIV prevalence in a bid to reduce new HIV infections; these include adolescent girls 15 – 19yrs, youth 20 – 24 years and men 25 – 49 years. The demonstration project will see 85,000 HIV self-testing kits distributed in the counties of Mombasa and Nairobi through 75 private facilities and about 120 pharmacies over the next 2 years. The project will seek to demonstrate the potential of the private sector to reach adolescents, and other critical populations, with HIV self-testing.

Oral PrEP is one of the significant strides that Kenya has made in revolutionizing HIV prevention. The fight to reduce new infections cannot be won without addressing prevention among those who are HIV negative. The Ministry of Health has introduced PrEP as an additional HIV prevention strategy for people who test HIV negative but are at on-going risk of HIV infection.
As part of a Gates funded project led by Jhpiego, PS Kenya is rolling out PrEP in the private sector facilities as well as supporting demand creation efforts to ensure that there is clear awareness on PrEP as part of a combination of other prevention strategies including condom use, VMMC, PEP, Treatment as Prevention and others. The program is being implemented in 3 main clusters of Lake Region (Kisumu, Kisii, Migori), Nairobi (including parts of Machakos and Kiambu) and Coast. The project hopes to enrol about 20,000 people who are at risk on PrEP. Under this project dubbed Jilinde, PS Kenya was instrumental in supporting with development of national awareness creation campaign and launch of the national program. 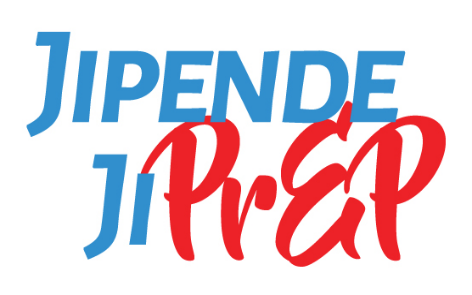 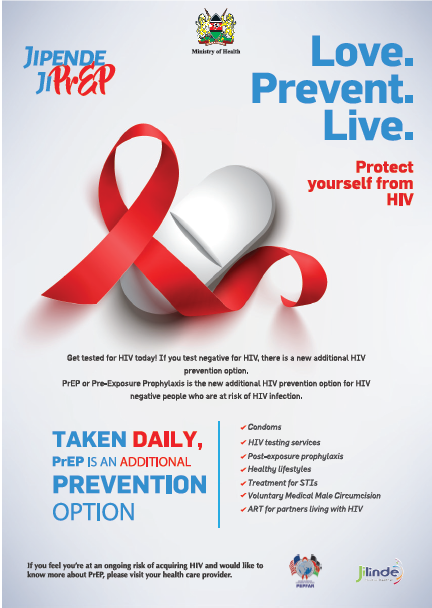 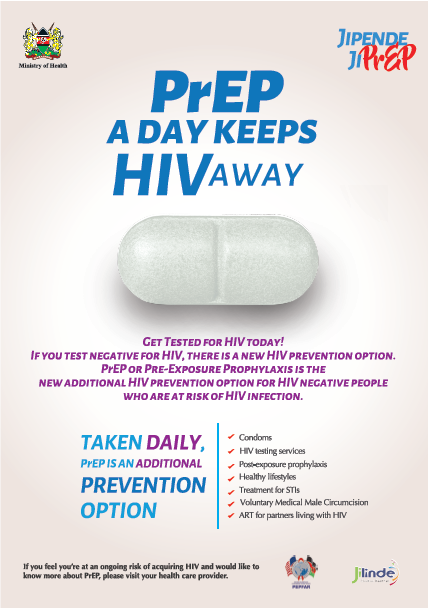 These campaigns to address barriers to uptake of HIV Testing & Counseling, Voluntary medical Male circumcision among others. An innovative edutainment TV drama series dubbed ‘SIRI’ was also launched to support uptake of family planning and preventative behaviors of Kenyans related to HIV. Awareness is done mainly through mass media and community level small group and one on one sessions. 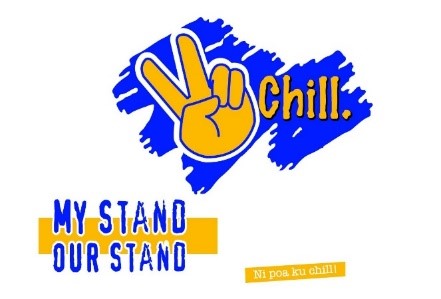 The campaign had the following objectives:

The campaign slogan “Ni poa Kuchill” was very well received and the style of the communication was perceived as highly acceptable based on feedback from the youth. The campaign also created safe language for youth to discuss sex or “chilling” with their parents and peers. According to tracking surveys done by PS/Kenya in 2005, 2007 and 2010, the Nimechill campaign, was widely seen by the urban and peri-urban 10 to 14-year-olds it targeted. Those with higher exposure were more likely to believe in their own ability to abstain and intention to abstain.
The proportion of youth reporting “never having sex” increased from 88 to 95 percent during the seven months of the campaign. Although it is impossible to attribute the increase to the campaign, the study does show that those exposed to the campaign’s messages were more likely to believe in their own ability to abstain than those who were not exposed. The primary conclusion was that the campaign, and its monitoring and evaluation, merit continuation.

HIV CARE AND TREATMENT IN THE PRIVATE SECTOR

PS Kenya’s vision is to support the development of sustainable quality HIV care and treatment in the private sector. To this end, PS Kenya has been working with a network of 119 private provider ART (antiretroviral treatment) sites, 91 PMTCT (prevention of mother to child transmission) sites and 350 HTC (HIV testing and counselling) sites from both the Gold Star and Tunza networks to address these challenges with a focus on build provider capacity to offer quality HIV services through Continuous Quality Improvement (CQI) mentorship.

As part of the sustainability plan, PS Kenya also continued to support the franchise private providers to address sustainable private sector supply chain for drugs and diagnostics. In addition, we are working towards building a private sector where clients or insurance are willing to take on part of or all the costs.

Clinical trials conducted in Sub-Saharan Africa have shown that medically performed circumcision is safe and can reduce men’s risk of HIV infection during vaginal sex by about 60%. In Kenya, 2,784 men aged between 18 – 24 years joined a similar trial in Kisumu. Among those circumcised, HIV risk was reduced by about 53%. An ongoing follow-up study found that this protective effect was sustained over 42 months, reducing men’s chances of becoming infected with HIV by 64%. Male circumcision is practiced in many communities in Kenya and often serves as a rite of passage to adulthood. However, we have some communities in parts of Nyanza, Rift Valley and Western provinces that do not traditionally circumcise.

PREVENTION OF MOTHER TO CHILD TRANSMISSION

It is estimated that infant and children under 15 years account for 16% of all new HIV infections, mainly due to Mother to Child Transmission (MTCT). Prevention of mother-to-child transmission (PMTCT) has become a priority for the Government of Kenya in an endeavour to reduce HIV-related infant and child mortality. HIV testing and Counseling (HTC) of pregnant women serves as an important entry point to care and treatment for HIV positive mothers and their families.

Antenatal clinics (ANC) provide the greatest opportunity to carry out HTC on expectant mothers. HIV testing among pregnant women is currently at 70.5%. Of the HIV pregnant women, 33% access family planning services, 72.3% have access to ARV while 49% of infants born to HIV positive mothers are on ARV. Some 32% of women exclusively breastfeed their children for six months according to the Kenya Demographic and Health Survey (KDHS, 2008/09).

The main challenges facing successful implementation of PMTCT include: 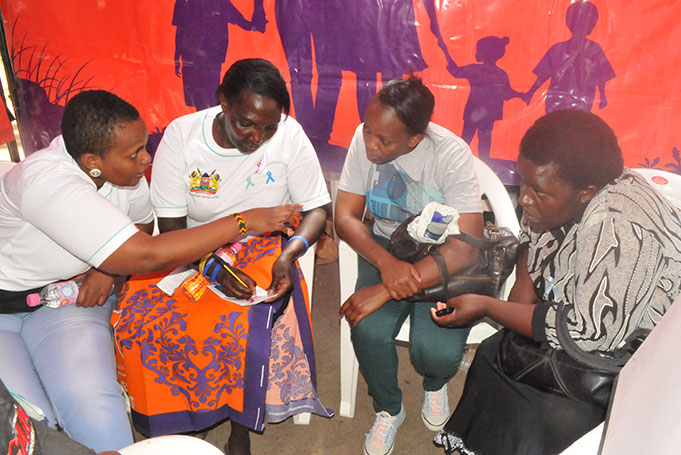 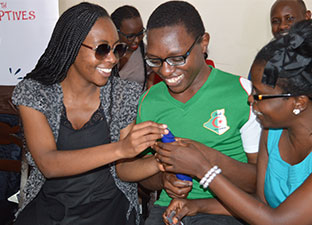