Our child survival efforts are focused on finding the most appropriate channels to reach caretakers and provide them with high quality, cost-effective and integrated health services that address the main causes of childhood disease and death. Our focus points:

Through our commercial arm, PS Kenya distributed of point of use water treatment products like WaterGuard, Aquatabs and P&G Purifier of Water as one of the ways of preventing water-borne diseases such as diarrhoea and cholera.

The “Zuia Kuhara Okoa Maisha” campaign: The aim of the campaign is to support the Ministry of Health in increasing awareness of ORS and Zinc as the first line treatment for diarrhea. The “Zuia Kuhara Okoa Maisha” which is swahilli for “Stop diarrhea, Save lives” campaign promotes diarrhea prevention through correct hand-washing at critical times, proper sanitation, exclusive breastfeeding and household water treatment and safe storage. The campaign also promotes treatment of diarrhea using ORS and Zinc. 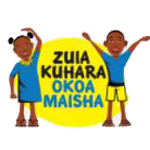 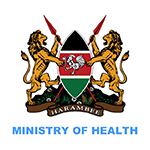 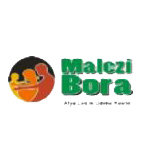 Current implementation is in Western, Nyanza and Coast Counties which have high diarrhea prevalence. The “Zuia Kuhara Okoa Maisha” campaign has been largely a mass media campaign supported by community activities. In addition to BCC, the campaign has been supported by a team of medical detailers providing provider behavior change to the pharmacies and chemists in the all the regions. Treatment using ORS and Zinc is also being carried out in the 309 Tunza facilities country wide. This activity us supported by USAID. 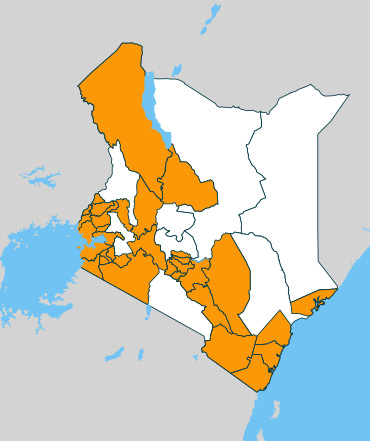 Good nutrition plays a major role in poverty reduction, boosting economic development and in realization of social goals in Kenya. It is central to human, social, and economic development, health and survival, and should thus be a priority sub national, national and global levels. Malnourished children are exposed to an increased risk of morbidity and mortality, delayed cognitive development, and reduced productivity into adulthood. Malnutrition is a key hindrance to optimal child growth and development, maternal and child health, and work performance and thus reduced productivity. Investing in prevention of maternal and child malnutrition is thus key in realization of long term benefits to the current and future generations.

Stunting has decreased from 35% to 26%, wasting from 7% to 4%, and underweight from 16% to 11% from 2008 to 2014. Despite this progress, the country is still lagging behind in terms of stunting, falling well short of its 16.3% MDG target by 9.7%. Additionally, substantial regional disparities still exist in the country, with some areas having stunting levels above 40%. Kitui, Kwale and Kilifi are among the Counties having the highest stunting rates in Kenya; 46%, 30% and 39% respectively.

The nutrition situation in Kenya is improving, with significant progress in tackling malnutrition amongst children under 5 years having been made from 2008-2014 Kenya Demographic Health Survey, 2014. However regional disparities exist in the country with some areas having stunting levels above 40%. Currently, Kitui, Kwale and Kilifi counties have the highest stunting rates in Kenya.Research shows that factors compounding stunting in these counties are myths, taboos and misconception around Infant and Young Child Feeding practices, religious belief affecting uptake of health services and heavy dependence on income to purchase rather than grow food.

In collaboration with the county governments, PS Kenya has designed and is currently implementing a community-centred Communication for Development intervention to improve community resilience to nutritional shock in Kwale, Kilifi and Kitui. In Kitui County, PS Kenya is also implementing enhanced nutrition counselling among households receiving the cash transfer for improved nutrition outcomes.

The Weekly Iron Folic Acid Supplementation Project (WIFS) is an adolescent health and nutrition demonstration intervention project targeting in school and out of school adolescent girls aged 10 – 19 years with an aim of reducing the rates of anaemia. This is in line with a WHO recommendation which states that WIFS is a public intervention. The adolescent girls are expected to consume 60mg of elemental iron and 2.8mg of folic Acid once a week. WIFS is expected to be delivered into the PS Kenya central warehouse in Mid-July 2017 for supplementation.
The WIFS project is Funded by Global Affairs Canada (GAC) Right Start initiative through MI, will support the implementation of an adolescent girl integrated health and nutrition (AGIHN) demonstration project in Kenya targeting 10 – 19 year old girls.

In collaboration with the county governments, PS Kenya has designed and is currently implementing a community-centred Communication for Development intervention to improve community resilience to nutritional shock in Kwale, Kilifi and Kitui. In Kitui County, PS Kenya is also implementing enhanced nutrition counselling among households receiving the cash transfer for improved nutrition outcomes. 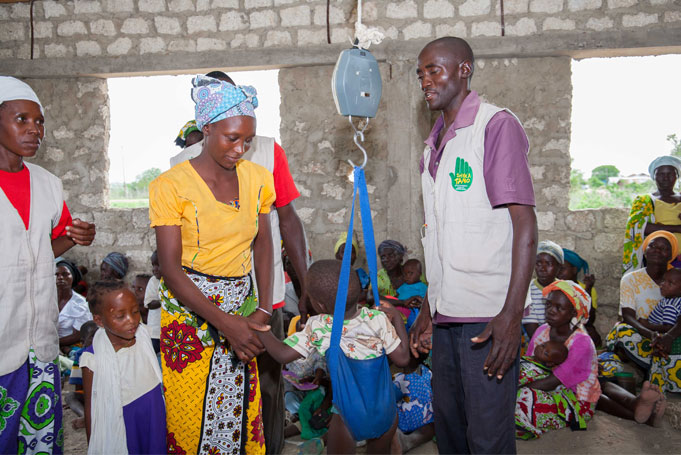 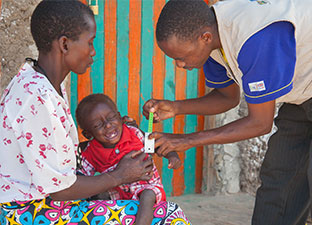